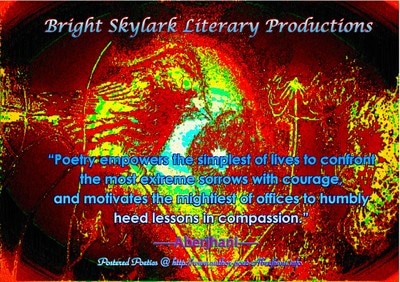 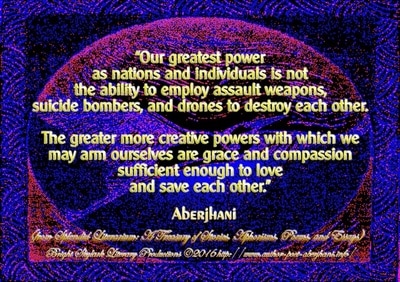 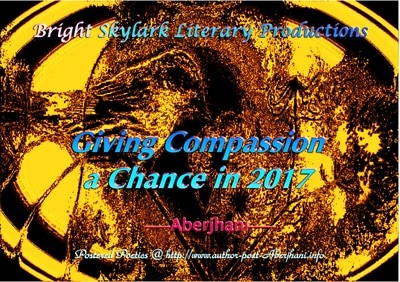 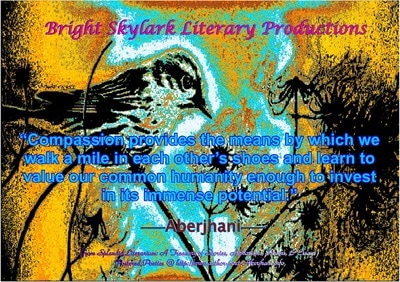 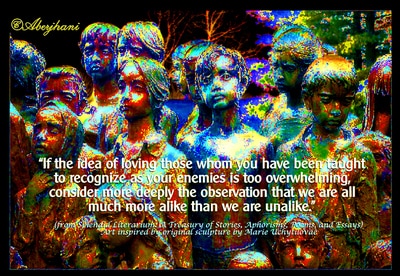 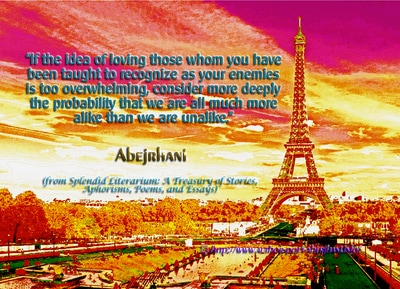 Aberjhani concedes that he has a much stronger aptitude for literary art than he has for visual art. Despite that fact, his creative expressiveness has extended at times to include the visual as result of his association with artists both on the Internet and off. As a result, he created ®Postered Poetics, a style of creative representation that presents original poetry by him as visualized art utilizing digital schematics, found objects, collage, and other media to fuse the literary and visual into lyrical statements on the human condition.

The ®Postered Poetics catalog began as a series of poems based on meditations on angelic principles and a second series inspired by U.S. President Barack Obama’s historic political victory in 2008. It soon evolved and expanded largely due to the creative artist’s journalistic activities as he covered art exhibitions in Savannah, Georgia (USA) and, with award-winning artist Luther E. Vann, published the book of art and poetry titled ELEMENTAL, The Power of Illuminated Love. His work in ®Postered Poetics continues to evolve. He has artist profiles on Terminartors and Art Wanted.