Greeting Flannery O’Connor at the Back Door of My Mind is a book written in the style of memoir essays for which the author of Dreams of the Immortal City Savannah has become well known. This literary approach allows him to share with readers compelling stories in which he explores the impact of works by three celebrated authors often associated with his hometown of Savannah, Georgia (USA): James Alan McPherson, John Berendt, and Flannery O’Connor. In addition to documenting their influences upon himself, he examines the cultural biases which have prompted millions of Americans to protest the same on a variety of platforms ranging from classrooms and Zoom meetings to Congressional debates on critical race theory and marches on Washington D.C..

It should be noted that in regard to Flannery O’Connor specifically, this first Special Edition (ISBN 978-1-71668-481-4), which features cover art by Aberjhani, comprises only one third of the author’s creatively strategic approach to discussing her work during a historical period which has seen cultural progressions considered unthinkable during O’Connor’s lifetime. The other two components of the approach include: the poem-painting titled History and Prophets’ Prerogatives; and,  the Flannery O’Connor and Converging Grace art collection.

In addition, a section of art by Aberjhani is featured in the 2022 Flannery O'Connor Review.

Questions in Search of Answers

Stories in  Greeting Flannery O'Connor at the Back Door of My Mind pose such timely questions as: Various observers have presented some provocative thoughts on the above issues.  A major difference between them and Aberjhani, however, is the latter’s connection to the subject authors not only as someone––like O’Connor and McPherson––born in Savannah, but as a fellow author included with them and Berendt in the celebrated travel anthology Literary Savannah.  While seeking answers over a period of decades across America and around the world, he draws inspiration from some unexpected sources. They include: an “intuited conversation” with O’Connor herself, reggae music pioneer Bob Marley, Sufi educator and poet Jalaluddin Rumi, and authors Alice Walker, George Dawes Green, Ntozake Shange, and Toni Morrison.

A Book for Our Changing Times 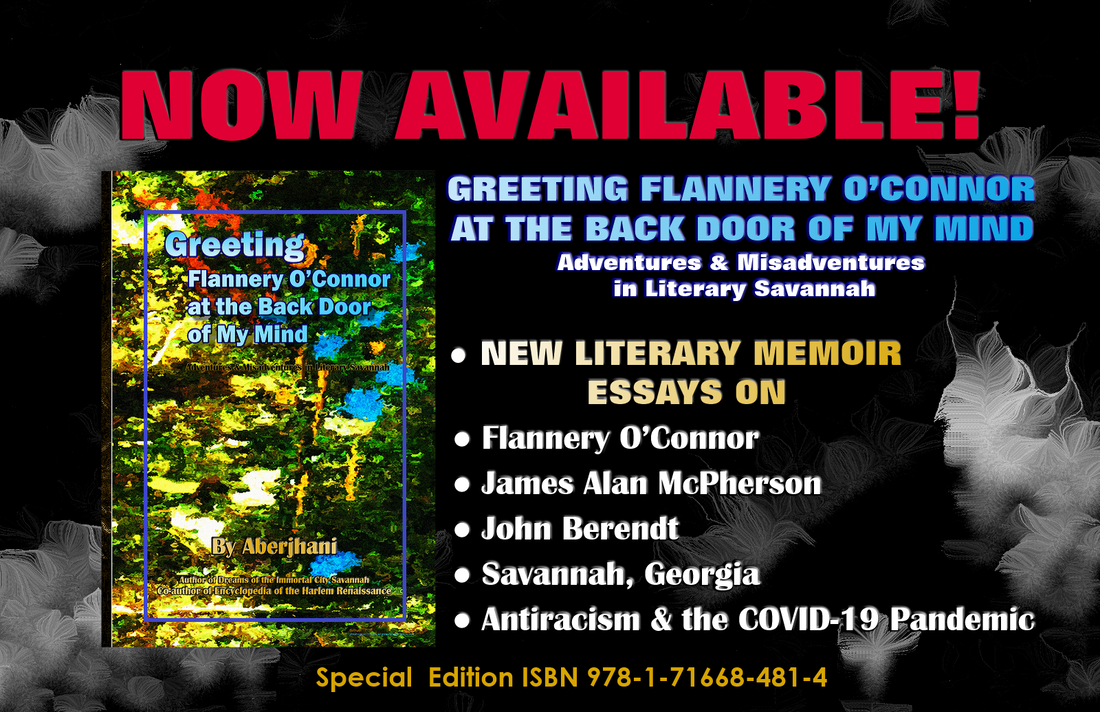 Where to find Greeting Flannery O'Connor at the Back Door of My Mind: Adventures & Misadventures in Literary Savannah

​The publication of Greeting Flannery O’Connor at the Back Door of My Mind comes at a time when citizens of the U.S. are reevaluating the roles which concepts of race, gender, and nationality have played in America’s history and are likely to play in its future. The three authors on which this volume focuses each addressed these subjects in their own stylistic ways long before the United States arrived at the boiling point it reached in 2020. As has been well-documented in mainstream media and on social media, the country reached that point following a series of events which resulted in disruptions of daily life as Americans knew it on a scale not seen in a century. 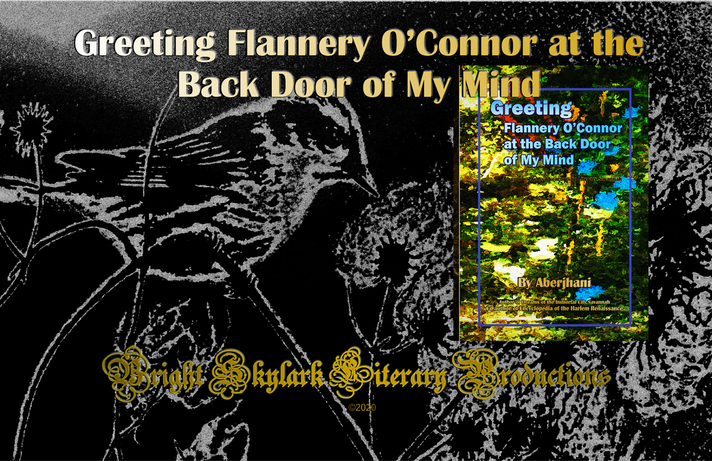 The first event was the stunning deadly impact of the COVID-19 coronavirus pandemic. Next came announcements of a succession of police-related killings which ignited mass protests all over the globe; namely, the shooting deaths of: Ahmaud Arbery, George Floyd, Breonna Taylor, Rayshard Brooks, and Elijah McClain. The question of “Where do we go from here?” is one which has been frequently asked following these history-altering events and Greeting Flannery O’Connor at the Back Door of My Mind helps inspire the kinds of reflections capable of providing important answers.